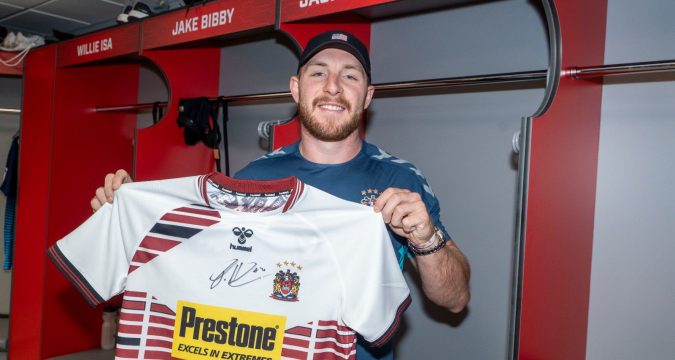 Jackson Hastings has finally linked up with Wigan after returning to the UK.

The reigning Man Of Steel has spent the start of the off-season in Australia after reaching the Grand Final with Salford and going on tour with Great Britain.

But he has now joined up with his new club, with the Warriors wasting little time to show off their new star.

Reports late last year suggested Hastings was having second thoughts about a move to the Warriors, where he has signed a marquee player contract.

But he has now arrived at the DW Stadium, where he will hope to steer Adrian Lam’s side to Super League glory.